To illustrate the power of a social media campaign surrounding a national awareness week, let’s look at the Department of Nursing’s 2019 #NationalNursesWeek campaign. 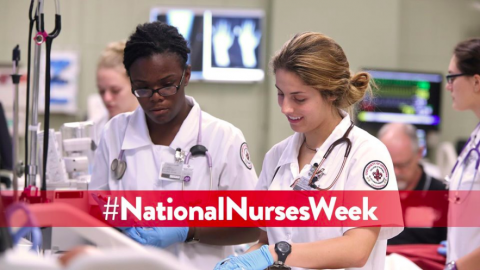 The Dean of Nursing contacted me (Amy Windsor, social media strategist) about five weeks before the event to discuss #NationalNursesWeek and ways they could expand to a week of content from the one post they had historically collaborated on for #NationalNursesDay.

After discussing their goals — to raise awareness of the nursing program’s longevity and success at UL Lafayette and get more traffic to their Facebook page and website — and decided on what content they wanted to highlight during the week.

With a detailed plan in place and through close collaboration with Nursing, we were able to coordinate a photo shoot featuring nursing students, obtain the information and photos required for the infographic and posts, provide graphic design work for the project, and write/edit the posts over the next four weeks.

Nursing Week was May 6-12 and we kicked off the campaign by posting the infographic photo with a short post to the Nursing and main UL Lafayette Facebook pages, as well as the @ULLafayette Twitter account. Between the three platforms, the post reached over 41,000 people and was engaged with (clicked, liked, commented, and/or shared) 3,627 times.

A total of eleven posts over the week (six posts on the Nursing FB page, three on Twitter, and one each on UL Lafayette’s Instagram and Facebook accounts) garnered 82,000 impressions and 8,257 engagements.

Overall, the Nursing Facebook page was seen and engaged with over three times as much than the previous week and, when looking at the entire month of May, had almost nine times the activity as the previous month. Additionally, the page gained 44 new followers, a 1,000% increase over the previous week. 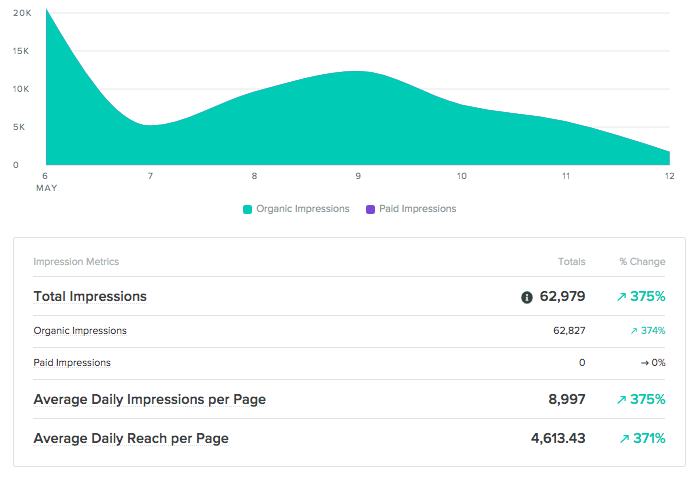 A rising tide lifts all ships, so starting the week with our strongest and most sharable content — the infographic photo — continued to bring people to the Nursing FB page and subsequent posts, as well as to the Nursing website, throughout the week.

In addition to the infographic photo, the most successful posts included the repurposed La Louisiane story about nursing students working with the homeless community in Lafayette and a Throwback Thursday post. 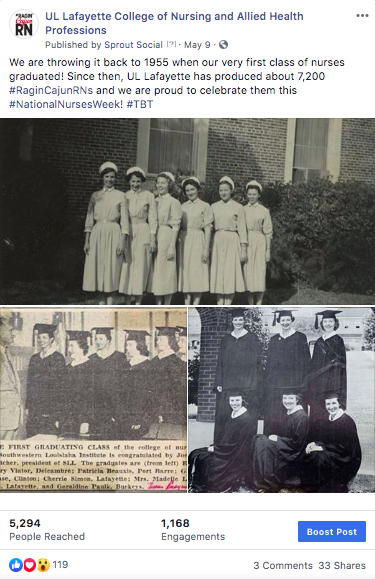 Caption: Throwback Thursday photos were found in the Dupré Library Special Collections with the help of the archivist. 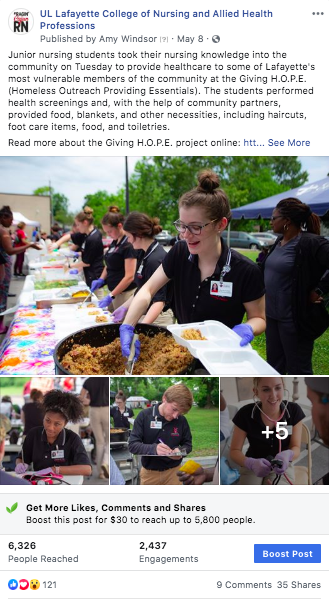 Caption: A story about nursing students’ community healthcare work that appeared in the Winter 2018 La Louisiane magazine was posted as a news story on nursing.louisiana.edu and shared with a gallery of never-before-seen photos that had been taken at a recent event.

Contact Amy Windsor, the UL Lafayette social media strategist, for a consultation or to discuss social media campaigns for your department at socialmedia@louisiana.edu.